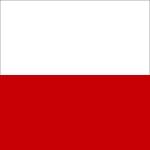 In Poland the importance or lifelong learning, learning outcomes and validation in all sectors of education is growing and many improvements have been made in this respect in recent years. This is also reflected in different strategies issued by the government. The main incentives for these developments are the need to improve the response of education sector to the needs of the labour market, the need for greater involvement of (mature) adults in learning and also external incentives (developments in the EU – Bologna process, EQF, …).
At the HE level validation and its development is currently limited to validation in HE institutions for the reason of shortening studies, which is regulated by the Act on Higher Education (the 2014 amendment). Other developments, which may increase the importance of validation of prior learning at HE level also in other sectors (e.g. in the labour sector) include the introduction (in 2015) of the Integrated Qualification System (IQS), the Polish Qualifications Framework (PQF) and the Integrated Qualifications Register.
Within the Act on Education System (2015) Poland also introduced special procedures for recognition of foreign (formal) education for people, who have significant difficulties in providing an original (duplicate) of an education certificate or its authentication, which is often the case with refugees/immigrants. This allows these vulnerable groups to enter or continue education (including HE education) without presenting an official certificate. The methods used in this process include collection of other relevant documents, proving their level of education (e.g. a proof of employment in a position requiring certain education), as well as interviews/exams.

The current legislation framework for validation in HE has been set by the 2014 amendment to the Act on Higher Education, which has introduced into HE the notion of learning outcomes and the National Qualification Framework for HE (developed in 2012) and which allows HE education institutions to validate the knowledge and skills acquired during courses, training, professional work, volunteering and count them as a part of the studies. This allows students to acquire credits on the basis of their prior non-formal and informal learning and correspondingly shorten their studies. On the other hand, through validation it is not possible to gain access to HE or to acquire a full HE degree. Validation can be used in first-cycle as well as in second-cycle HE programmes.

Validation in HE is decentralised – validation is carried out by the HE institution itself and the organisation of the validation process is determined by the university senate.

Validation in the labour market

One of the primary reasons for reforms in the Polish education system, including the introduction of learning outcomes, qualification frameworks and validation of prior learning, was to improve response of education to the labour market needs, particularly in the context of changing demand for skills. The labour market is not as directly involved in validation at the HE level, as it is at other levels (e.g. professional qualifications), as validation at HE level is currently limited to speeding up the study process in university studies. The labour market is involved in development of validation system(s) and its supporting elements through cooperation of employers’ representatives in different work groups (e.g., employers’ representatives were involved in development of the Polish Qualifications Framework and the Integrated Qualifications System). And also, competences and skills acquired in employment can be validated at HE institutions.

Skills audits, carried out for unemployed people and other job-seekers by job counsellors at labour offices, also play a certain role in the labour market, as they allow job-seekers to identify and analyse their skills and competences in relation to the needs of the employers, and build an action plan, specifying, among others, qualifications, skills and competencies that the person has to acquire in order to get employment.

Validation in the third sector mostly concerns various projects, often funded by the EU, sometimes carried out in cooperation with actors from other sectors. These projects in part build on accepted arrangements and often introduce more innovative solutions. As third sector organisations are not a major provider of qualifications, their role in the education and training market is limited. However, more durable solutions, developed by the third sector organisations, can be included in the Qualification Register.

Knowledge and skills, acquired through volunteering, can be recognised as a part of prior learning in validation procedures in formal settings (i.e. HE, VET, sectoral qualifications, …).

Generally, validation processes carried out within VET or HE are financed from the state budget, Labour Fund or State Fund for the Rehabilitation of the Disabled Persons. Outside these settings, validation is financed by others sources, including enterprises, individuals themselves, European Structural Funds, foreign assistance funds (e.g. World Bank) and programmes supporting vocational activities of people with disabilities.

Some studies show, that the costs of undertaking the validation procedure, including the fees, is one of the main barriers to expanding the scope of validation.