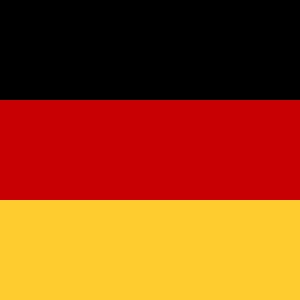 It is noteworthy to mention that Germany is a federal state comprising 16 countries (Länder), each of them having its own constitution, parliament, decision-making competences and legislative power. HE is overseen by the state governments, while only vocational training responsibilities are shared between the national and state institutions. As a consequence there are various legislation frameworks relevant to the recognition of skills and competences, and consensus has to be negotiated among the various stakeholders of the different levels of the system, which traditionally makes reforms a “long and winding road”.

However the German National Ministry for Education and Research (BMBF) is currently funding 73 projects under the title “Advancement through Education – Open University” in which various possibilities of VPL are being tested. The focus of VPL is on the transition from professional work to HE. There is also a working group of the university rectors’ conference, as well as numerous work papers and guidelines for implementation. Since last year, there are also a few pilot projects which aim at supporting migrants and refugees towards entering into HE study programs. However, the response is still modest and the design of those projects makes evident that in the case of HE additional qualification is needed in the run-up to VPL.

The Resolution of the Standing Conference of the Ministers of Education and Cultural Affairs in Germany (Dec., 3rd, 2015) mentions two possibilities for VPL: a) a plausibility check of the educational biography with regard to the acquisition of a higher education entrance qualification in the home country and b) a proof of the alleged higher education entrance qualification through an examination and/or assessment procedure based on quality. That means that, if your personal premises according to your status of residency do not give you a permission to (further) education, you have to show documents (at least as a copy) to prove your status of education or you have to pass an assessment procedure (or test). The procedures in detail can differ between the Länder and universities. But if you once pass a test the result must be recognized everywhere in Germany. For further information see http://anabin.kmk.org/anabin.html

In the last months some initiatives were launched to foster the integration of migrants and refugees by establishing open universities (see https://www.openeducationeuropa.eu/de). But even in those initiatives a
VPL-process is not foreseen. Instead students have to visit some courses to catch up missing qualifications or certificates. (as an example see https://www.thi.de/en/executive-education/integration-campus/)

A national strategy has been implemented, in order to attract skilled workforce from outside Germany and flexibly integrate those target groups into the labour market. One means to this end is the new „Berufsqualifizierungsfeststellungsgesetzes (BQFG)“3, which was enacted in 2012. It shall enable persons, in particular migrants who have acquired a certificate in a certain occupational area in another country than Germany, to check their skills and competencies against the respective German qualification schemes, and to determine individual training needs to be addressed in order to bridge current qualification gaps (§ 1 BQFG).

In parallel the possibilities of external learners (those who have not acquired a formal qualification in the training system) to participate in formal assessments have been widened.A wider range of qualification pathways and certificates were analysed against the EQF descriptors, which are not part of the formal training system and are not accredited yet. In order to become accredited, these “non-formal” qualifications have to meet the following minimum requirements: they must be based on a curriculum, they must comprise learning objectives, availability of assessment procedures, standards and modular scheme. With regard to the European Key Competencies, a range of certificates has been identified, which can be used by learners to demonstrate these competencies.Last but not least, for learning outcomes without corresponding qualifications, extra levels were introduced within the NQF.

Validation in the third sector

Over the past decade countless approaches, instruments and methods have been developed, all of which are aiming at the validation of informal and non-formal learning outcomes. Most of them have been developed for specific target groups or contexts: young people, senior citizens, disadvantaged persons, unemployed and low-skilled target groups, entrepreneurs, intercultural teams, women who return from maternity and want to re-enter into the labour market, people in educational transition, etc.

The majority of these initiatives build on portfolio approaches combined with biographic interviews. For specific target groups, such as disadvantaged young people, specific assessment methods and advanced psychometric methods have been developed, in order to measure the people‘s competencies and determine in a more appropriate manner occupational aptitudes.

In many of those cases “passes” have been developed, in order to document the competencies rendered visible, such as ProfilPass, YouthPass, CulturPass, FamilyPass, SeniorPass, VoluntaryPass etc. A huge number of “competency passes” have been documented for Germany. However, none of these documents lead to formal recognition.

According to the various purposes of VPL, funding sources can be of very different kind. Nevertheless, state funding is available for all VPL which can be based on existing legislation.This in particular relates to:

A legal foundation of VPL would have to take account the following aspects:

Case Studies about Validation and Recognition in Germany (2017)