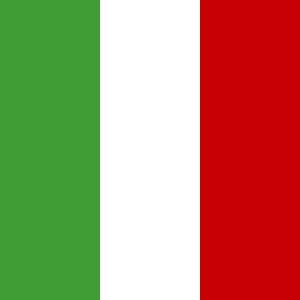 As a result of years of debate and initiatives since 2012, a national legal framework on validation has progressively developed in Italy. The emergence of a national policy is linked to the Law 92/2012 on the reform of the Labour Market, which defines the validation of non-formal and informal learning, in the framework of the national system of certification of competences, as one of the key elements to ensure and implement lifelong learning. The law establishes rules and regulatory requirements (standards) concerning the characteristics and the parties involved, with the aim of ensuring transparency, usability and broad accessibility of validation/certification services.

The implementation of Law 92/2012 led to the adoption of the Legislative Decree on the “National competences certification and validation of non-formal and informal learning” n. 13/2013, which covers all the range of qualifications from HE and VET sectors, regardless of whether they have legal value or not.

In the HE sector, since 2014 there has been a number of new initiatives from RUIAP, which is an important Italian university network that brings together about 30 Italian universities engaged in promoting lifelong learning at university level (University LLL) member of eucen. In 2014/2015 the RUIAP, through the University of Ferrara, promoted a MOOC entitled “Recognition of competences and validation of prior learning” providing 20 university credits (ECTS). This was a preparatory initiative for the launch of a first level Master s programme in “Expert in accompaniment to competence recognition and validation of prior learning”.

As for the VET sector, In Italy the Regions are constitutionally in charge of ruling and managing the VET system. After a relevant and complex technical work, on 22 January 2015 the Regions agreed on the “National Framework of Regional Qualifications” and on 30 June 2015 the Agreement was recognised in an Inter-ministerial Decree signed by the Ministry of Labour and the Ministry of Education.

In the third sector, there is a strong interest in the validation on non-formal and informal learning for the very large amount of workers and volunteers operating in this context in Italy. During recent years (2010-2016), there were several interesting experiences and practices carried out within the third sector.

The first concrete national application of the new rules for specific target groups is operating in the third sector is the National Programme of Competence Validation for volunteers in the civil service under the Youth Guarantee, initiated in 2015 and aimed at validating the competences of 5,666 volunteers involved in 1,137 projects in the Civil Service (CS) in 11 Regions within the Youth Guarantee Programme.

The Law 92/2012 on the reform of the Labour Market indicates employment services and enterprises, together with schools, universities and VET providers, as relevant actors. It also states that these stakeholders should constitute local networks for the concrete application of the policies on lifelong learning and validation. The system designed by Decree 13/2013 covers all the range of qualifications, including professional qualifications (regulated and unregulated). These are the main reasons why the Italian strategy and policy on validation is directly related to the labour market as it has been developed primarily for employability purposes. The qualifications authorities are the Ministry of Labour and Social Policies and the Ministry of Economic Development – EU Policies Department. However, both of these institutional contexts have not yet addressed the validation issue in an organic way.

Concerning the services of validation, in many Regions the bodies entitled for the validation services are, sometimes exclusively, the public or private employment services. Some sectors were spontaneous in their involvement. One of the most interesting projects concerns the Banks and Insurance sector.

The funding framework for validation activities has not changed since 2014 and is mostly represented by public funds, mainly regional and European. Also Employers’ Training Funds (Fondi Interprofessionali) have been used for financing validation projects and models. Within the last two years (2014-2015), there has been an increased use of the Youth Guarantee funds for validation procedures addressed to NEET beneficiaries, including the national project of validation in the Civil Service.

Validation and Migrants, Refugees and Other Disadvantaged Groups

Migrants and refugees are considered as one of the most relevant target groups for validation and many pilot projects have been focusing on this target group. However, there is no specific relevant initiative on validation in place mainly due to Italy having experienced a transition migration flow and only a small number of migrants have been interested in staying and working in Italy.

Any cookies that may not be particularly necessary for the website to function and is used specifically to collect user personal data via analytics, ads, other embedded contents are termed as non-necessary cookies. It is mandatory to procure user consent prior to running these cookies on your website.